Money Does Grow on Trees 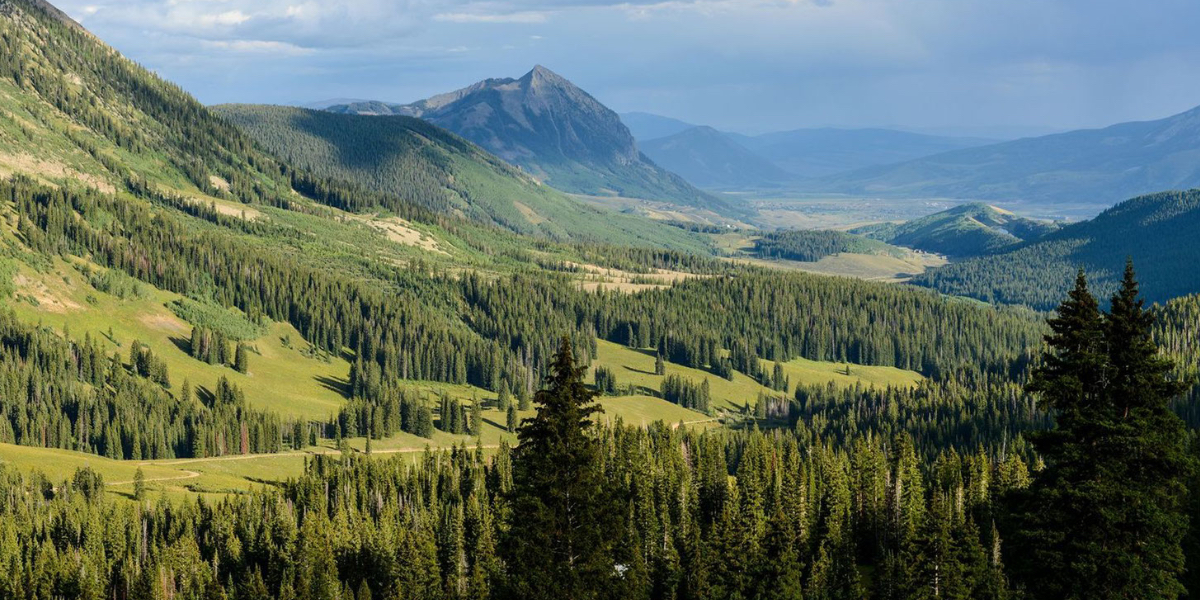 Climate change is predicted to increase the incidence of hot dry days in the western US. These conditions will lead to an increase in the number and extent of wildfires.

MONEY DOES GROW ON TREES

Conventional Wisdom suggests that “money doesn’t grow on trees,” but we’d beg to differ. Forests are critical drivers of local and regional economies. The way forests support economies are myriad and sometimes unexpected. From ecosystem services, to extraction, to tourism and recreation, forests are an important part of our local and national economies.

Ecosystem services are one of the most overlooked benefits provided by forests. The term encompasses all the ways humans benefit from the forest ecosystem. Clean water and air, aesthetics, flood protection, plant and wildlife habit, biodiversity, carbon sequestration, and landslide and avalanche prevention are just a few of the benefits we derive locally from forests.

In the US, two-thirds of our surface water comes from forested watersheds with National Forest land being the largest single source of runoff. Not only do forests provide a significant quantity of water, they also provide higher quality drinking water. The Trust for Public Land found that for every 10% increase in forest cover, the cost of chemical treatment decreases by 20%. So how much is all that water worth? In 2000, the Forest Service estimated the value of forest water (drinking, agriculture, manufacturing, recreation, etc.) was about $17.74 billion per year or about $25.17 billion today, after adjusting for inflation! At the time they suggested this was likely a significant underestimate. If we use the cost of water in Denver and look at only water provided as a public service, we find the country’s forest water used for public services alone is worth $25.8 billion.

Like any commodity, the value of water is based on supply and demand. Over the next century, climate change is predicted to make water in the American West significantly scarcer while the population continues to grow. The combined effect of decreased supply with increased demand means the value of water provided by forests is likely to increase dramatically.

In the Roaring Fork Valley, we enjoy moderate summers; the record high temperature in Aspen is 93 degrees. Forests are partially responsible for our cool temperatures. Trees release reactive organic compounds which can trigger the formation of low level clouds reflecting some of the suns energy. Even more impressively, trees act like natural air conditioners. When the sun is shining, an individual tree can transpire (evaporation from plants) hundreds of liters of water per day. Every 100 liters of water a tree transpires is the equivalent cooling of two average household central air conditioning units.

In addition to indirectly benefiting from ecosystem services provided by forests, many rural economies benefit directly from recreation or extraction on forested land. A recent study by Headwaters Economics looked specifically at rural western economies and public land. As extraction, agriculture, and manufacturing become increasingly automated, rural economies in the West are becoming increasingly dependent on the service and non-labor (retirement, investments, etc.) economies. In 2015, extractive industries, manufacturing, construction and agriculture accounted for only 14.9% of personal income, whereas the service and non-labor economies were responsible for 73.8% of personal income. Service economies as well as non-labor economies in the rural west are often supported by the natural amenities offered by public lands.

In 2013, 13.6 billion board feet of timber were harvested in the United States, providing thousands of rural jobs in the process. Additionally, outdoor recreation is becoming a more important source of wealth for forest communities. In 2016, 7.6 million people were directly employed in the outdoor recreation economy and the outdoor economy provided almost $60 billion in revenue to local and state governments.

Next time you look at a forest, don’t ask what it can do for you, they’re already doing plenty. Ask what you can do for your forest. 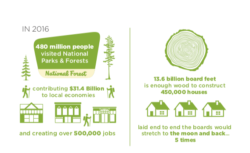