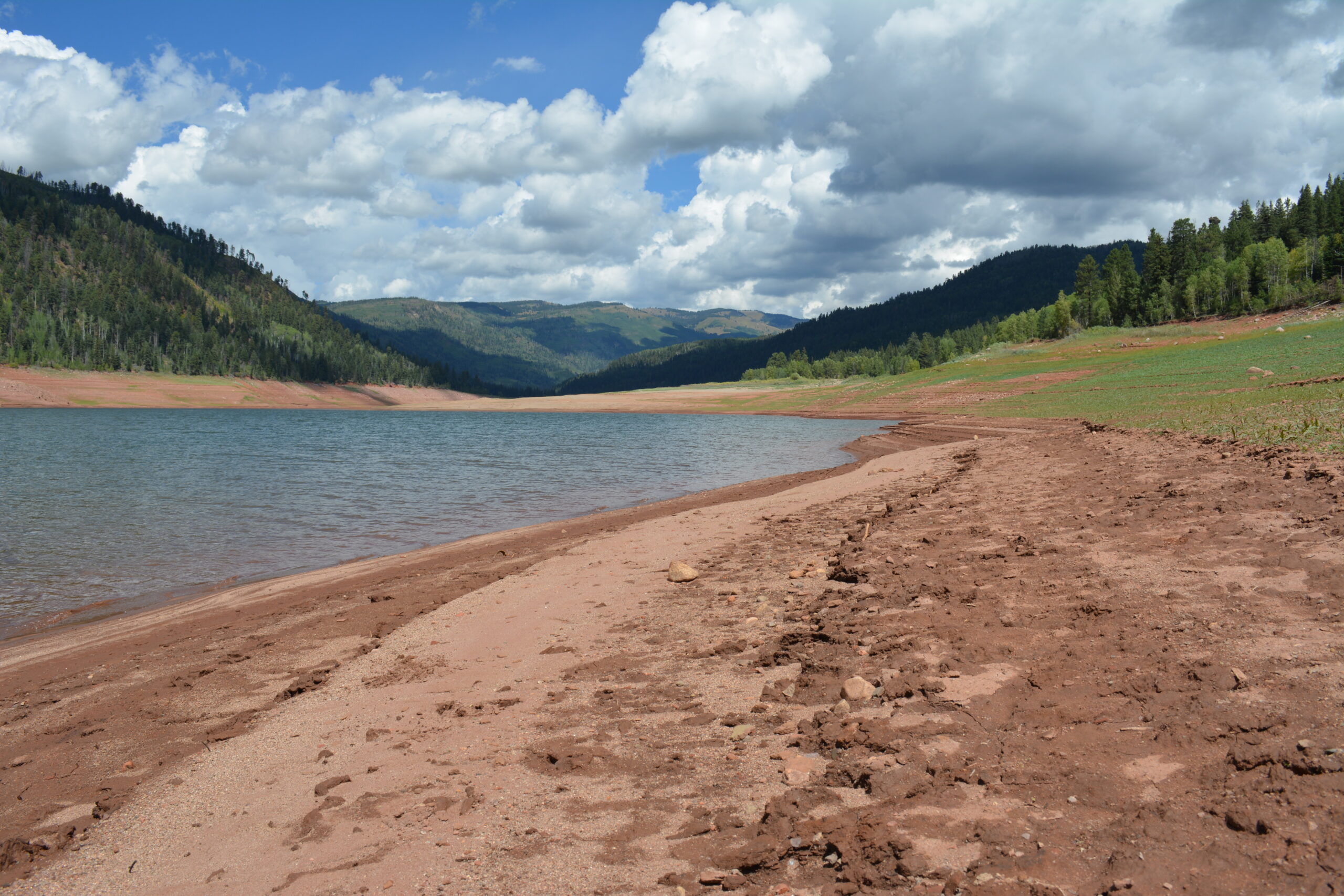 As a consequence of climate change, Colorado’s future looks warmer, and warmer often means drier. But how much warmer and drier has a lot to do with our forests.

Throughout this year’s forest report, we’ve delved into some of the connections between forests and water. In the preceding features, we’ve examined impacts of drought on forest, the impacts of climate change on drought, the importance of forests for human water supplies, and the intersection of drought, wildfire, and floods. In our investigations, we’ve found a future muddied by uncertainty and tangled with interconnections. Like a spider’s web, it’s impossible for any individual strand to change without impacting the entire system.

Climate and Forests-400 Million Years Ago

To truly understand the connections between forest and climate we need to go back 400 million years to a time when the woody plants first began evolving. The earth was a very different place: it was considerably hotter and there was far more carbon in the atmosphere. As forests spread across the globe they absorbed massive amounts of carbon. While some of this carbon was released when plants died, much of it was buried eventually becoming coal, oil, and natural gas. Over time trees stored enough carbon to help lower the temperature of the Earth making it habitable for humans and millions of other species.

Today Earth’s forests (including vegetation and soils) contain more carbon than the atmosphere. Each year healthy forests absorb carbon dioxide and help slow the rate of climate change. In some cases, higher atmospheric carbon increases the growth of forest (similar to an athlete from high elevation performing better at sea level). But in many cases, it has no effect. Other nutrients such as water, phosphorus, nitrogen, or potassium limit a plants growth rather than carbon in the air.

In the western US, changes in available water are having more profound impacts than increased carbon in the air. Across the globe, climate change is causing temperatures to rise. Higher temperatures in the western US have increased drought and wildfire in the 21st century. Scientist estimate that about half of the area burned by wildfires in the western US between 1984-2015 can be attributed to worsening fire conditions caused by climate change11. The 2000-2012 mountain pine beetle outbreak in Colorado was much larger than any other recorded outbreak. The unprecedented extent of the outbreak is largely attributed to higher temperatures and lower precipitation. In some areas, the dramatic increases in tree mortality due to climate change mean that forests are adding more carbon to the atmosphere than they’re absorbing.

The hot and dry conditions causing wildfires and beetle outbreaks cannot be written off as natural variability. Climate change is increasing temperatures and is likely making drought more common.

Looking specifically at drought between 2000 – 2014 in the western United States, scientist have learned several things. During this period, Colorado River flows were on average 19% below the 1906-1999 average. Scientist with the Colorado River Research Group found that 17-50% of the reduced flows resulted from higher than average temperatures (2.5 ℉ over the past 50 years in Colorado)12. While we cannot yet attribute changes in snow and rainfall over the past 20 years, history tells us that warmer temperatures make decreases in precipitation more likely in the western United States. Other research found that between 900-1,300 AD when temperatures in the Northern Hemisphere were 1.8 ℉ above normal, drought was more severe, occurred more often, and lasted longer. 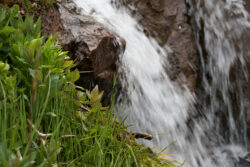 When we try to put everything together it becomes dizzying. As the climate warms forests die-off from drought and insects, and wildfire increases. When forests die they release more carbon increasing the rate of climate change. Without forests to move water and trigger precipitation, some areas dry out even more, potentially causing additional forests die-off. There isn’t much good news in any of that. The best we can hope for is that forests are more resilient to climate change and the recent scale of die-off doesn’t continue. All of this begs the question of what can be done?

If you’re concerned about water and forest in the West, it’s clear that climate change is one of the most pressing challenges. To even begin addressing climate change, rapid decarbonization is crucial. This means that individual action isn’t enough. While taking the bus and changing light bulbs is important, we need societal action. Pressuring governments, corporations and utilities will be essential in mitigating climate change. That means voting with ballots and dollars for people and policies that support climate action. If we as stewards of our planet don’t quickly bring down our carbon emissions to limit global warming, the consequences will be dramatic. But just limiting carbon emissions isn’t enough anymore. As we’ve seen, the water cycle and forests in Colorado are already impacted by climate change and with the carbon emissions almost guaranteed to continue at some level for the immediate future, those impacts will only increase. That means in addition to reducing carbon emissions we need to adapt to the existing impacts of a warmer and drier West.

“…half of the area burned by wildfires in the US between 1984-2015 can be attributed to worsening fire conditions caused by climate change.”