Forests at the Headwaters 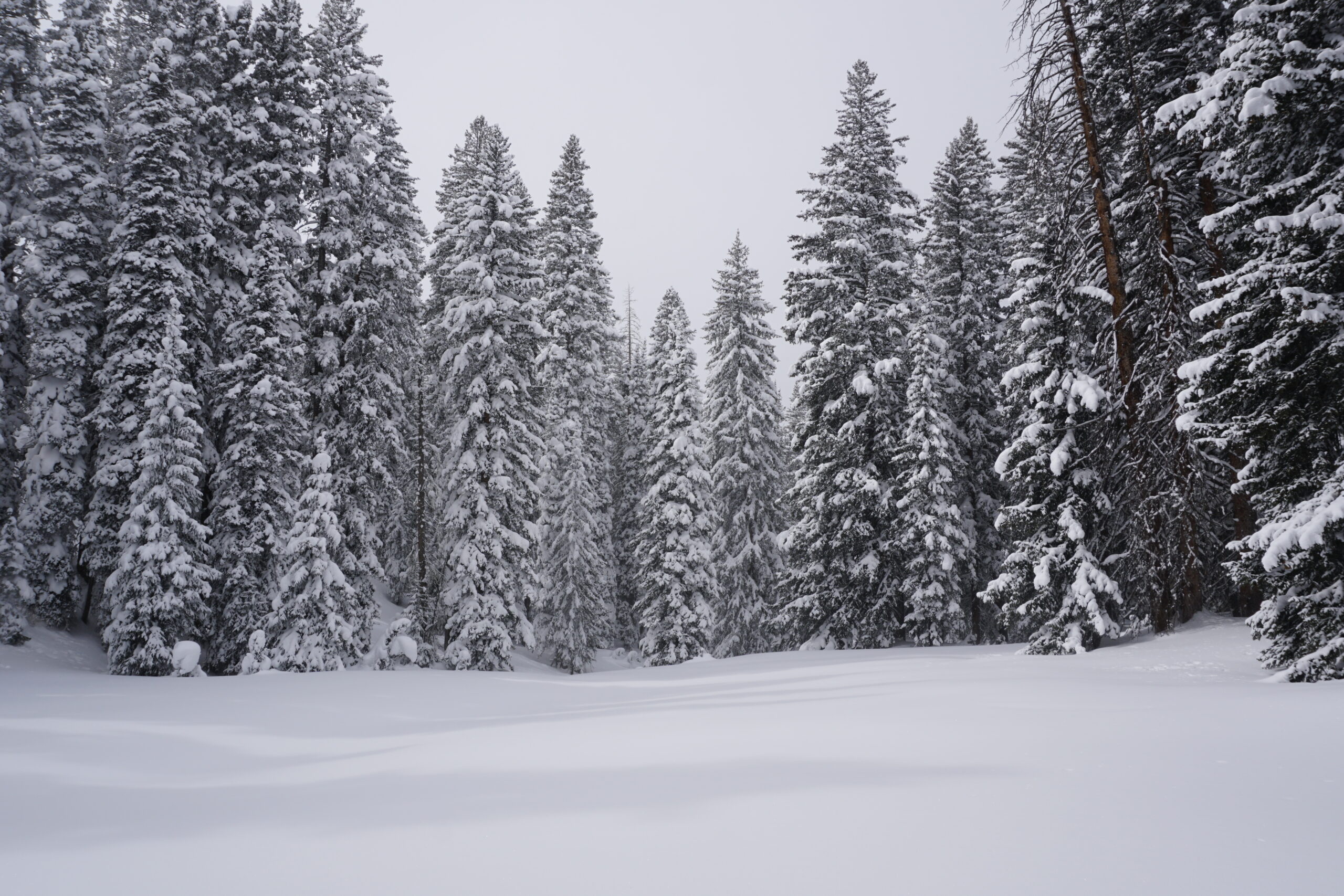 When we open the tap to pour ourselves a glass of water, its unlikely that forests are the first thing to come to mind. But when it comes to storing, filtering, and delivering our water, forests play a major role.

Imagine it’s early spring and, after being relegated to low elevations all winter, you’re eager to hit the trails and get back into the high country. In the open meadow where you start, the trail is packed dirt and clear. But as soon as you ascend into the first dark, forested section of the trail, the trees around you shelter the last remaining snow from sun, and suddenly you’re post-holing through knee-deep snow.

From the Forest to Your Faucet

Forests play a vital role in snow storage and water quality protection. Snow stored by forests melts slowly, providing a steady supply of water to plants, animals and people. The recognition of forests as key players in the fight to conserve and improve state water supplies has been increasingly expressed through investments in forest health. In 2017 Denver Water and the U.S. Forest Service agreed to continue the work of protecting and restoring forests across the state with an investment of $33 million over the next five years.

Water managers’ interest in forest health shouldn’t come as a surprise: forests are the source of 53 percent of US water supply (in the contiguous US) and, in the West, that number increases to 65 percent7. In this semi-arid part of the country where water is a critical resource, when it comes to storing, protecting and delivering that water, healthy forests play a vital role.

The Colorado River provides water for more than 40 million people, and 75% percent of the water in the river comes from the state of Colorado, much of it from forested watersheds8. Given Colorado’s status as a headwaters state, forests in Colorado have profound impacts on water quality and availability for people within the state, and for millions of people throughout the West and Mexico. This critical ecosystem service that forests provide is already impacted by climate change.

Nearly 80% of Colorado’s annual water supply originates as snow snow that is captured primarily on forest landscapes. A healthy forest ecosystem shades and stores snow in the winter, stabilizes hills and mountain sides with their roots,  tempers the flow of water through soil, and increases the duration of water availability downstream throughout the warmer, drier months.

But as the climate changes and precipitation in Colorado falls increasingly as rain, the forests ability to filter and store water changes. According to one climate projection,  Colorado’s average statewide snowpack could decline by 13 percent between 2041-2070, with that number doubling later in the century.

As increased temperatures continue to increase runoff of a dwindling snowpack, and longer growing/warm seasons increase demand on our water supply, the role that forests play will be an important study area.