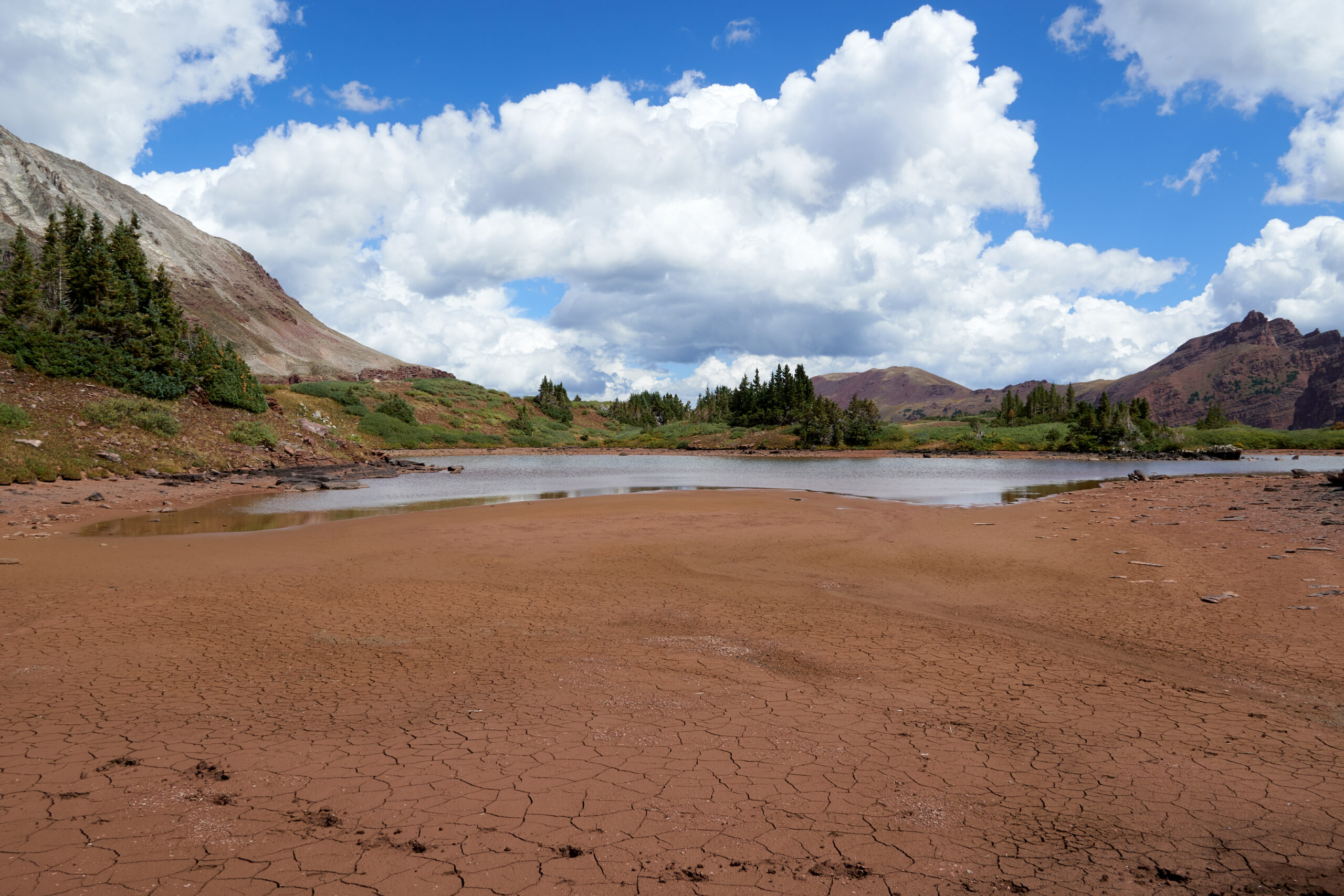 In recent decades, persistent drought in Colorado has led to more severe wildfire and insect epidemics. Here we explore what actually happens to a tree during a drought, and whether or not recent droughts are an anomaly.

Over the last 20 years, forests in the western United States have experienced major changes: bark beetles killed hundreds of millions of trees, wildfire burned over tens of millions of acres, and disease wiped hundreds of aspen stands from the landscape. These events are part of a larger global increase in tree mortality6. We don’t have to look hard to find recent tree mortality in the Roaring Fork Valley. Whether its sudden aspen decline on Buttermilk, or Douglas fir beetle on Aspen Mountain. It’s impossible to completely blame any one thing for these dramatic events, but it has become increasingly apparent that thirsty trees are at the root of the problem.

We all know forests suffer during a drought, but what actually happens to a tree when it doesn’t have enough water? For humans and other animals, dehydration often occurs over a relatively short period. Without water, the amount of blood in a person’s body decreases, and their heart beats faster to feed their their organs. Eventually, blood volume drops and the heart can no longer beat fast enough. Without blood, organs begin shutting down and a person will die. Depending on the environment and physical activity, this can happen over the course of a few hours or, at most, a little over a week.

For trees, dehydration is a very different process. Lacking the ability to move and find water, trees find water deep in the ground and store large quantities. Trees can survive months or even years without rain but when deprived of water long enough, they will die.

The roots of a mature tree can take up between 5,000-10,000 gallons of water over the course of a year. While some of this water is consumed during photosynthesis, most of it returns to the atmosphere through transpiration when trees “inhale” carbon dioxide and “exhale” oxygen. To conserve water, trees stop absorbing carbon dioxide and photosynthesis comes to a halt. Trees that use this strategy will eventually suffer from carbon starvation, the depletion of stored carbohydrates. If carbon starvation continues for long enough, a tree will no longer have the resources to defend itself from attacking insects, fires, and fungi.

Other trees will continue to photosynthesize using whatever water is available. Eventually the xylem vessels, which transport water through the tree, will no longer be able to pull any water through the root system. Without water, xylem cells develop air bubbles, a process called cavitation. Once an air bubble forms, the xylem can no longer transport water from the roots up the trunk to branches and leaves. Rather than carbon starvation, these trees suffer from hydraulic failure, but the outcome is similar and trees succumb to insects, fungi, or fires long before dying directly from drought.

“We must consider that recent droughts are not a part of a normal cycle, but are the product of human-caused climate change”

Trees and the broader forest ecosystem, especially those in Colorado, are adapted to drought. But drought is a temporary condition; it is by definition a deviation from the normal or expected temperature and precipitation patterns. Tree-ring records provide a robust record of drought in Colorado going back to 1,400 AD. Over that time period, Colorado has experienced numerous droughts, some spanning multiple decades. In every case the drought eventually abates, and gives way to wetter conditions. During these periods many trees die but forests recover. If the increased rate of tree mortality is a consequence of normal drought, we can expect this to happen. We must also consider the possibility that recent droughts are not part of a normal cycle but are the product of human-caused climate change. If this is the case, a return to the conditions society and trees have evolved to is unlikely. Instead we can expect a drier, hotter western United States. 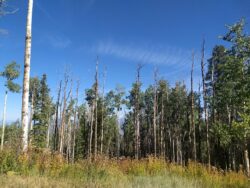 What does all of this mean for forests in Colorado and the Roaring Fork Valley? Unfortunately, there are more questions than answers. How will insects be impacted by warmer temperatures and drought? Some research suggests bark beetles benefit from slightly warmer temperatures but suffer when temperatures become too high. How will trees react? Different populations of the same species can be more or less resilient to drought or high temperatures. Forests themselves have the capability of altering temperatures and precipitation, so their loss or persistence will have measurable impacts on the future climate.

The one thing we can say with high confidence is that forests around us are changing. In the 2019 State of the Forest Report we explore the role of forests in sustaining Colorado’s drinking water supply, the interaction of drought, forests, fires, and floods, and how forests fit into the broader conversation around climate change and drought.