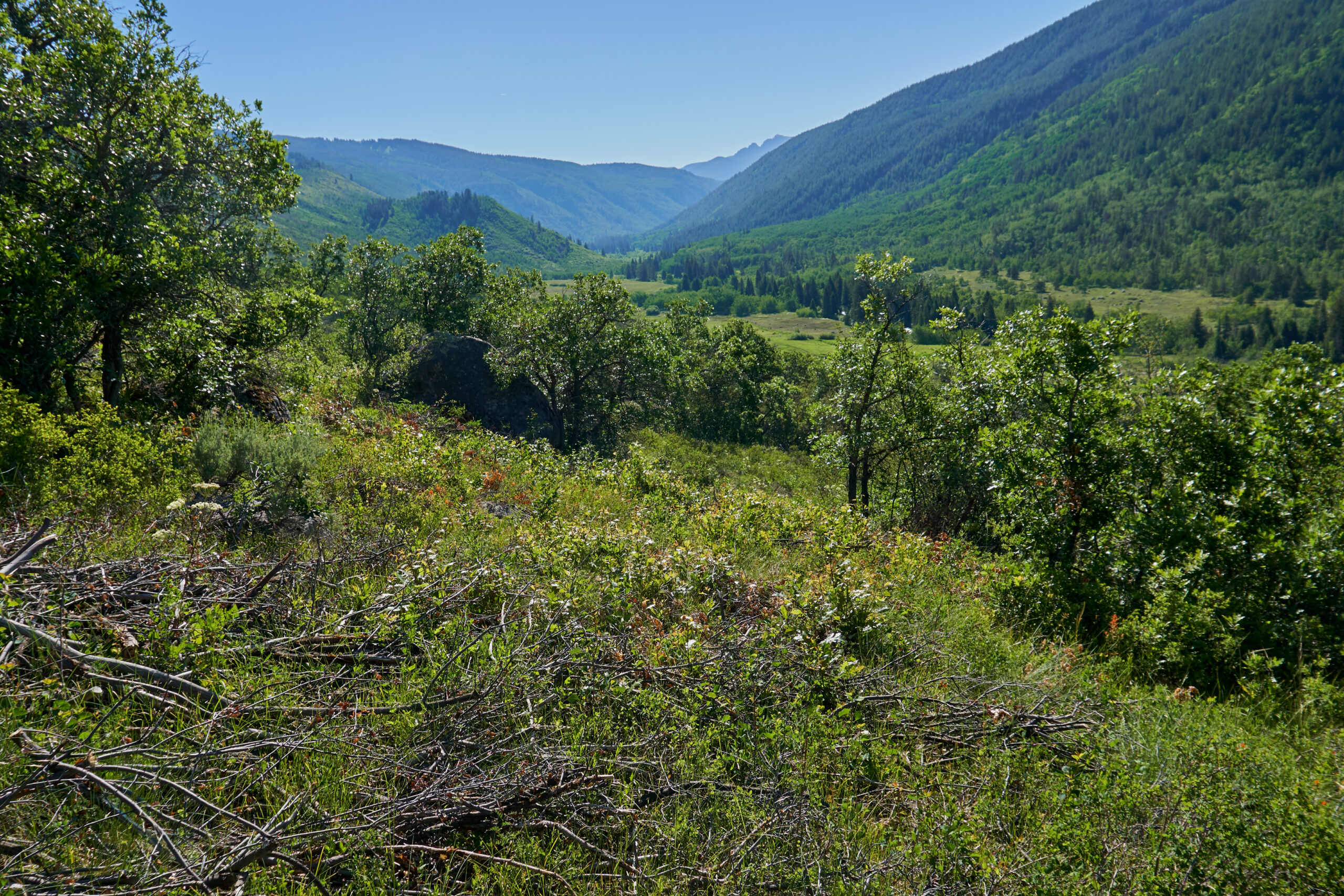 Last year, the City of Aspen, Pitkin County, and ACES partnered to restore 80 acres of dense Gambel oak in Hunter Creek. The restoration took place between the 2016 prescribed fire and private property.

The 2016 prescribed fire in Hunter Creek was used to restore 900 acres of Gambel oak and aspen (another species which has evolved to frequent fire). Prescribed fire is a very effective tool for restoration but it’s not possible to use in areas close to structures or homes. In those cases, mechanical treatments (chainsaws) are used to mimic natural disturbance (fire). A natural low severity fire in Gambel oak would burn through some areas while missing others. This creates a mosaic of older dense stands and openings which allow for new plants to grow. In Hunter Creek, we did our best to mimic this process.

In the photo above dense oak was cut in the middle with islands of older oak left in the background and on the edges. Smaller branches (seen in the foreground) were cut and scattered. These branches will decay quickly and help return nutrients to the soil. We removed larger pieces to help reduce fuels for wildfires. In almost any area oak was cut we find the prolific growth of new shoots. ACES will continue to watch this project but early results are promising for wildlife habitat improvement and wildfire fuel reduction.